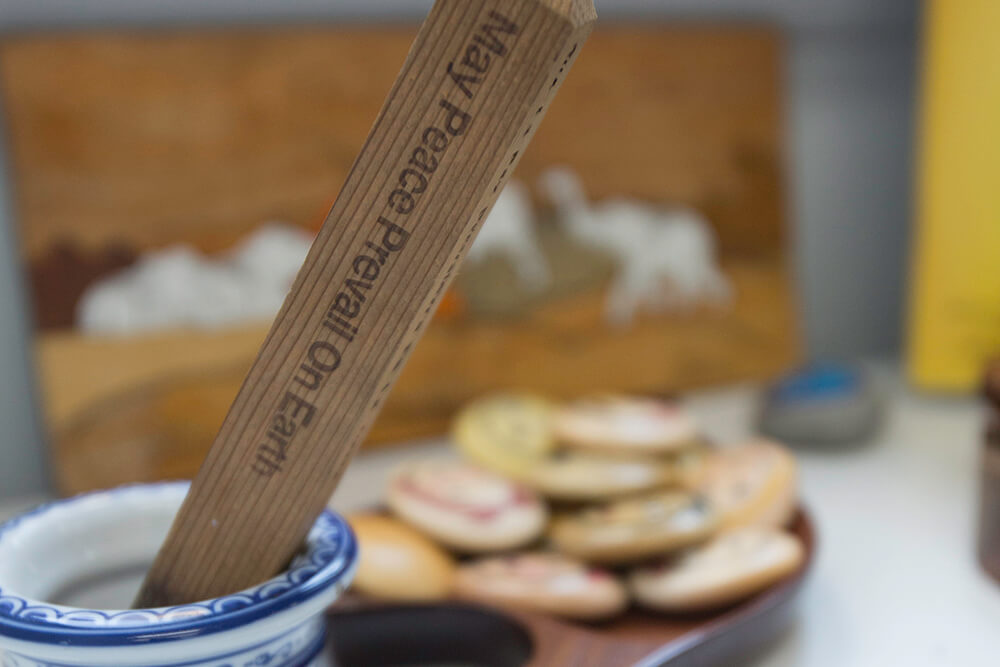 Maria Montessori, who was born in 1870 and became one of the first women to graduate medical school in Italy, spent many years exploring ways of improving education for children. After much observation, study and direct work with children, she eventually created a teaching philosophy and set of learning materials designed to allow each child to learn at his or her own pace in a stimulating and well-rounded classroom environment.

When she began working with children, Maria Montessori had little idea what import her discoveries might have for society, but she came to understand what she was meant to do with this newfound knowledge. Montessori quickly realized that each child has an innate love of learning and – when given the proper, prepared environment – will eagerly learn at his or her own pace. Long before there was an understanding of different learning styles, Maria Montessori incorporated multisensory activities, and hands-on materials, into every aspect of the curriculum. Montessori believed that teachers should provide an education for the whole child: opportunities for not only academic, but also social, emotional, and physical growth.

This environment, as imagined and created by Montessori, was quite different from classrooms as they had existed before. Rather than having a teacher who dictates what subject the children may study and when, a Montessori classroom has within its walls children who move freely and choose the order of their activities based on inner drive, interest, and developing time management skills.

Much of the work that is found in a Montessori classroom serves as indirect preparation for challenges the child will face later in school, and in life. For instance, many pieces of work that exercise a child’s fine motor skills, particularly of the hand, indirectly prepare him or her for the task of writing. One of the teacher’s principal duties is to observe each child in his or her classroom, and to determine what work will foster independence in the children, and also what will help the children meet and overcome obstacles both in and out of the classroom.

Although the materials in a Montessori classroom play a crucial role in a child’s development, their benefits are significantly heightened when accompanied by a teacher who knows well how to observe the children as they work, and do everything in his or her power to foster independence, concentration and coordination through work for the students.

Children in a Montessori classroom have a multitude of resources available to them when they meet up with a difficult task or conflict. First of all, much of the work is self-correcting, which means that the children are able to see for themselves when a work has not been completed properly. Unlike in traditional schools, where only the teacher is the authority, a Montessori student faced with a challenge may look to the work, to his or her peers, to the teacher, or, ultimately and ideally, to him or herself.

The concept of sensitive periods, which was originally applied to animals by Hugo de Vries, was later found to be relevant to children’s learning by Montessori. After some observation, Montessori realized that children too exhibit a number of sensibilities, or dispositions, each of which is transient and lends itself to the acquisition of a particular trait. In an environment that

might seem overwhelming to such a young creature, being endowed with sensitive periods enables a child to focus on acquiring one skill at a time. A child’s sensitive periods, which emerge at different ages and last for different lengths of time, include three main ones – those for language, movement, and order – as well as periods for sensory perception, love of small objects, refinement of the senses, grace and courtesy, writing, and finally, reading.

At a time when the state of education seems far from what most people would consider ideal, envisioning education as Montessori experienced it gives us hope for the future of our schools, our children, and our society as a whole.